Alpine Meadows Home-Owners Association
Preparation of a management plan to reduce tree mortality and tree-failures in a mixed-conifer forest in the Lake Tahoe basin in a home development area leading to a ski resort.

University of Oregon Law Center
Expert testimony at trial in Federal Court, Eugene, OR. to prevent aerial application of a pesticide to eradicate the gypsy moth which had recently been discovered in coastal areas in Oregon.

Oversight Hearings, Subcommittee on Public Lands, Committee on Interior and Insular Affairs, House of Representatives
Expert testimony before this committee on control methods for the southern pine beetle in wilderness areas that resulted in a revision of the EIR for control of this species on Federal lands.

Sierra Club Legal Defense Fund
Expert testimony on control methods for the southern pine beetle on national forests where habitat had been set aside to protect the endangered red cockaded woodpecker.

Southern Oregon Timber and Mill Company
Evaluation of logs cut from trees in a northeastern California summer home development to determine if they were alive when cut or had been killed by bark beetles. He provided expert testimony at trial in Federal Court, Eugene, OR. Later, was retained by the US Federal Public Defenders Office in Eugene, OR. to conduct research on the status of trees cut from this area.

Pacific Gas and Electric Company
Preparation of expert testimony to be given at trial in litigation by the California Public Utilities Commission on drought-induced tree mortality caused by bark beetles in west side Sierra Nevada forests.

CN Utility Consulting, LLC
A member of the team that investigated the August 14, 2003 Northeast Blackout funded by the Federal Energy Regulatory Commission.

Arizona Public Service
Retained by a consulting firm to estimate the number of dead trees along 300 miles of utility lines. These trees were killed during a drought-induced epidemic of bark beetles in 2002. 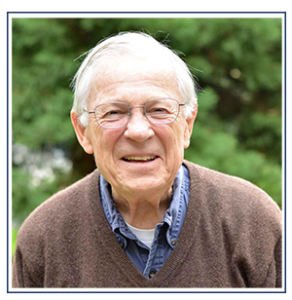